In 2004, two scientists at the University of Manchester conducted a deceptively simple experiment with potentially world-changing consequences. The researchers, Andre Geim and Konstantin Novoselov, were playing around with graphite, the stuff in the tip of your pencil. via Technology and News Today https://science.howstuffworks.com/innovation/new-inventions/graphene.htm

Named for the colossal Titans of Greek mythology, titanium is pound-for-pound the strongest metal on Earth. Although it’s not a scarce metal, it is … via Technology and News Today https://flipboard.com/@howstuffworks/graphene-200-times-stronger-than-steel-1-000-times-lighter-than-paper-s9lr7q5vtdt73895?from=share&utm_source=flipboard&utm_medium=curator_share 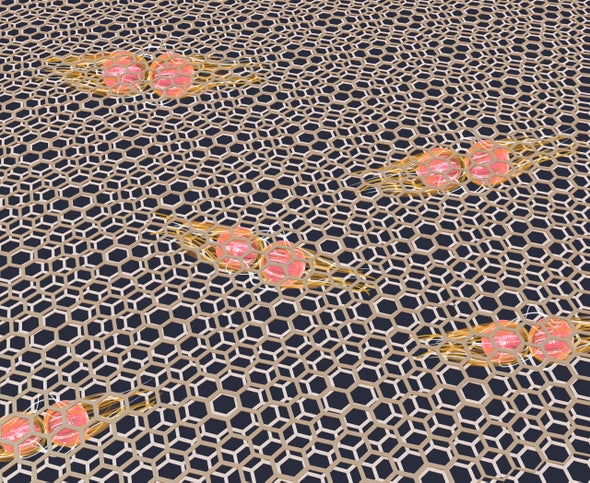 During his time as king of England, Scotland and Ireland, William III must have thoroughly enjoyed his bedtime views.

#Explosions may be the answer to mass-producing #graphene https://t.co/DLOzHoAji9 via @engadget

The key to smaller #cameras that don’t suck could lie in this incredible material https://t.co/6DUzLjtjaN

It’s basic economics that you don’t want to put all of your Apples into one basket. Right now Apple has one big basket called the iPhone.

In my opinion the computers have taken a backseat to the iPhone. The iPod is pretty much going to go the way of the dodo bird. Apple has officially cut their Airport Time Capsule.

So now what’s left is the Apple Watch tvOS and Apple Music. Is this enough to sustain the company? Yes they’ll survive, but is it enough to stay on top?

Mobile phones and the smartphone market is pretty well saturated now. You can go OLED, more ram, more storage, other features such as retinal. But all in all it’s still a saturated market with everyone’s fingers in the till. I’d be very surprised if there’s anything revolutionary coming out anytime soon.

Personally I think that AI will be the next big thing and that Google is on the right track. Being able to talk to the phone and get things accomplished is the next big thing. For example this entire post was written using Siri dictation. (Hence you may actually see some errors 🙂 )

I think that Apple breaking into the ‘smart home’ market would be extremely advantageous for them. Right now there’s a few big names in it but not everyone.

One technology out there that I think Apple would greatly benefit from taking advantage of right now is Graphene. This is a two dimensional carbon that is 1000 times more conductive than copper and is 100 times stronger than the strongest steel.

The current drawback for graphing is mass production and I think that Apple has the smarts in order to get this accomplished. Imagine a battery that could last a week or longer on one charge.